Mr. Martin misses the scenes cut from "Game of Thrones" HBO series inspired by his "A Song of Ice and Fire"

“I wish we had more episodes,” he said, speaking from his home in Santa Fe, N.M. “I’d love to have 13 episodes. With 13 episodes, we could include smaller scenes that we had to cut, scenes that make the story deeper and richer.”

As for those missing moments, he cited a scene from the first novel, “A Game of Thrones,” that didn’t make it into Season 1. The Starks are traveling to King’s Landing, the capital of the Seven Kingdoms, with the royal family. The sisters Sansa and Arya Stark are invited to tea and lemon cakes with Queen Cersei, but Arya wants to go hunt for rubies with the butcher’s boy. And the sisters argue about it.

Mr. Martin said he misses the scene because it adds texture and helps establish early on the characters of and relationship between the sisters. 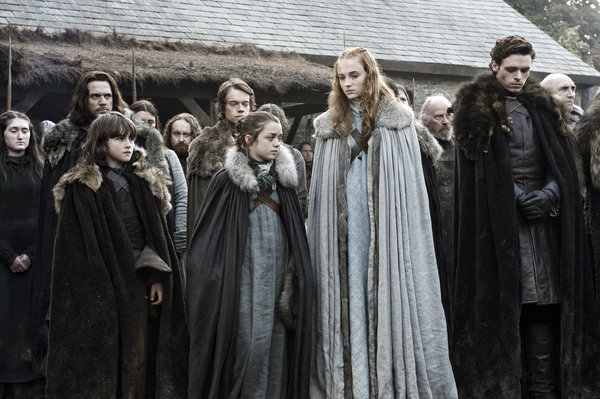 hbo game of thrones books interview reading A Song of Ice and Fir The Game of Thrones
Source: http://www.nytimes.com/2014/06/15/arts/television/george-r-r-martin-wants-more-game-of-thrones-too.html?smid=tw-nytimes&_r=0 Which Rappers Have A Greater Vocabulary Than Shakespeare?

"William Shakespeare is widely regarded as one of the greatest writers in the English language.

But a new graph by data scientist Matt Daniels shows that some of today's most popular hip-hop artists can go word for word with the playwright and poet.

On his website, Daniels points out how Shakespeare used 28,829 words throughout his canon, which suggests "he knew over 100,000 words and arguably had the largest vocabulary, ever."

Daniels graphed the vocabularies of artists like Kanye West, Drake, and LL Cool J to see where they ranked in relation to Shakespeare. To keep the graph fair to both new and old artists, Daniels used only the first 35,000 lyrics of the artists." "Here are some takeaways from the graph:

If you wanted to find out more or play around with Daniels' interactive graph, you can do so here." I love book-to-screen adaptations. Can't wait to see the movies and grab the books before watching!

"While book-to-screen adaptations did not dominate last night's Golden Globe Awards, they did take home prizes in some of the major film and TV categories. Winners involving films and series that started as books were:

Motion picture, drama: 12 Years a Slave, based on the book by Solomon Northrup

Actor in a motion picture, musical or comedy: Leonardo DiCaprio for The Wolf of Wall Street, based on the book by Jordan Belfort

Original song, motion picture: U2's "Ordinary Love," from Mandela: Long Walk to Freedom, based on the autobiography of Nelson Mandela

TV miniseries or movie: Behind the Candelabra, based on the book by Scott Thorson


Actor, miniseries or TV movie: Michael Douglas for Behind the Candelabra"

2014 kicks off with the promise of cold and snow for many of us, making it the perfect time to just stay indoors and read books. Some of you might want to get caught up on the books you saw featured on the best-of lists that popped up at the end of last year, but the first month of the new calendar also offers a crop of great books. Here are some of the best to pick up now, or risk falling dangerously behind. A Wonderful Edition of Christmas Carol The cover is simple and warm. Looks like a perfect gift, no paper or ribbon needed :)

If you are I'm sure you gonna love some extra reading about Tolkien's world, like dictionary, maps, his letters. You can learn a lot about his writings, ideas, process of creating and some personal details. A real literary treat for Tolkien's fans :-) 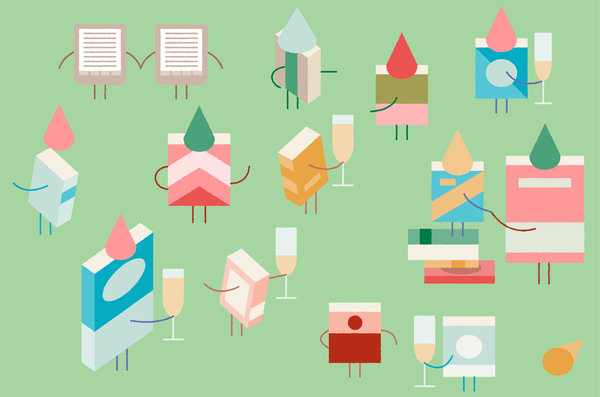